Photographed on a weekday in January 2022, this series of images of the north-west side of Nelson Street in Liverpool, UK, captures the quietness of a historically noisy and energetic hub for the Chinese community in the city. This Chinatown is said to be the oldest in Europe. Entering through the arch at the top of Nelson Street, the road declines gently downhill towards Great George Square, flanked by decorated buildings housing Chinese associations and restaurants, mostly closed now, meeting a crossroads where Alfred Holt’s Blue Funnel Shipping Line office once operated and where the families of Chinese seamen would collect their wages. Turning right at the far end of square takes us into Upper Pitt Street, the location where the original Eurasian community lived. Heavy bombing of Pitt Street during the war means very little evidence of the original Chinese-run businesses are visible today. This work was inspired by Steffi Klenz’s ‘Nummiannus’, Ed Ruscha’s ‘Every Building on the Sunset Strip’ and David Hockney’s ‘The Twenty-Five Big Trees Between Bridlington School and Morrison’s Supermarket Along Bessingby Road in the Semi-Egyptian Style’. 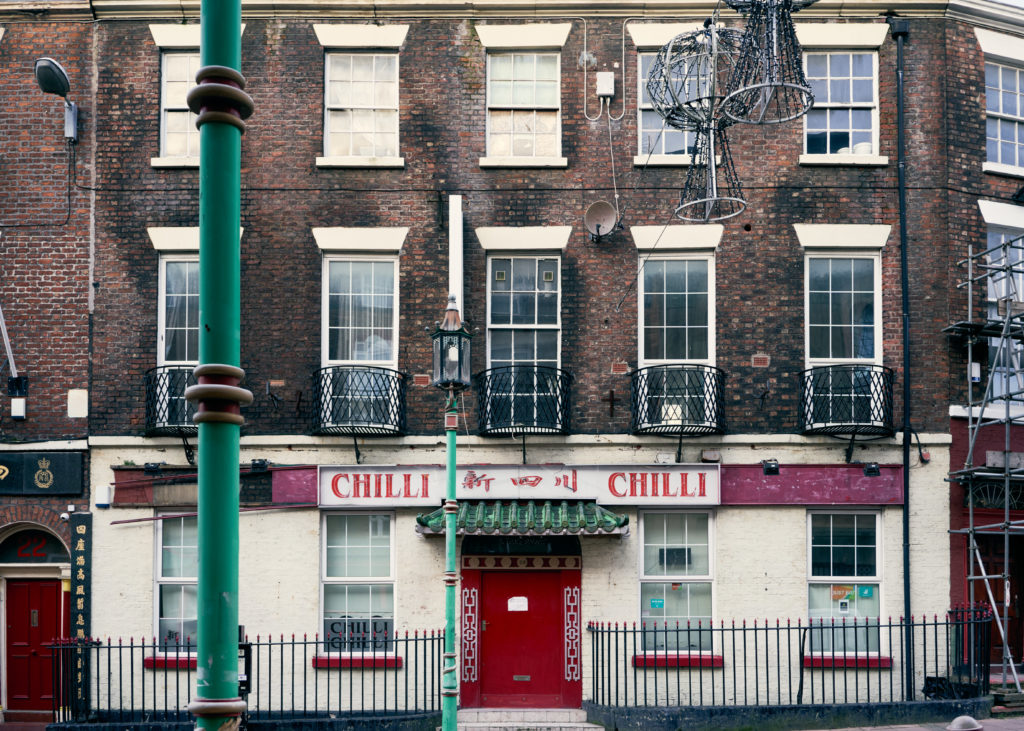 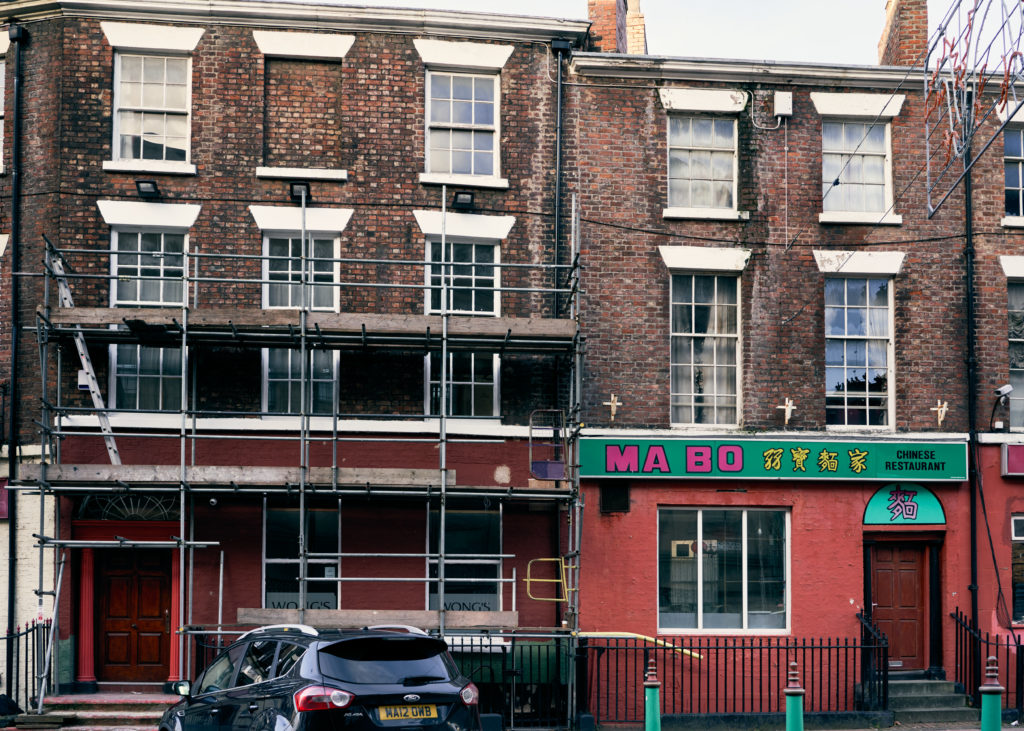 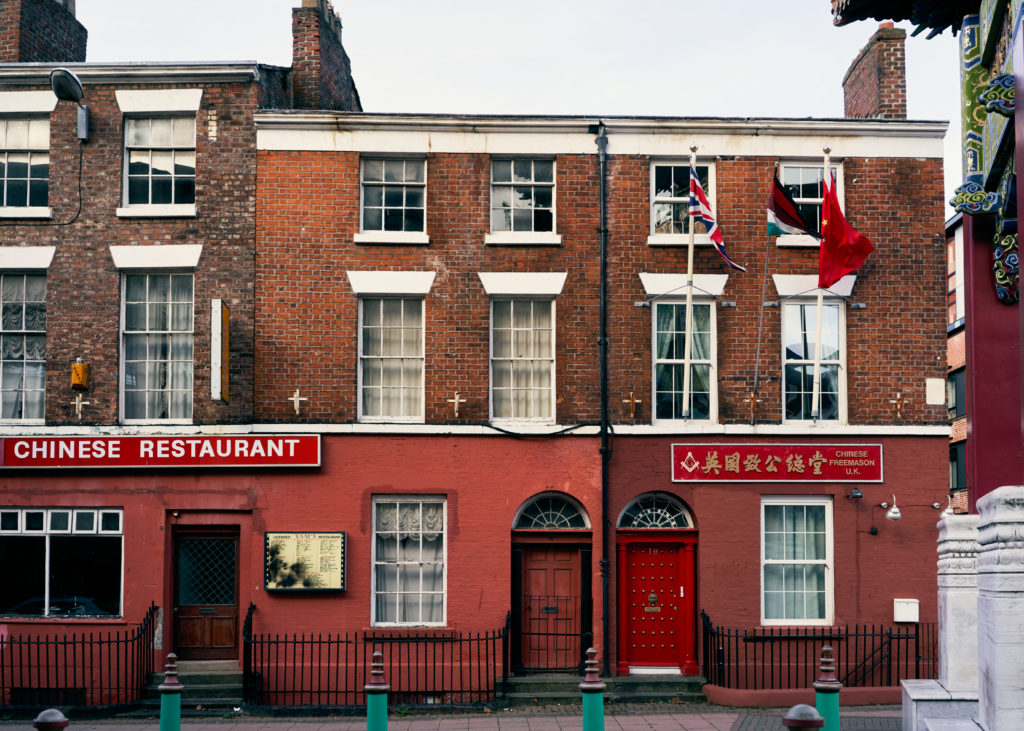